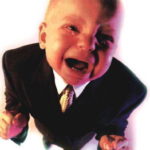 Follow us
« Cremation: Right or Wrong?
Come Back Home Sunday »